Water is the most commonly used fire extinguishing agent, which is convenient to apply, rich in sources, and inexpensive. Therefore, it is widely used in fire fields.

Water cannot extinguish fires of the following substances and equipment;

Fires caused by alkali metals, such as carbonization, hydrogenation, and golden yellow; sulfuric acid, nitric acid, and hydrochloric acid should not be extinguished with strong water; lighter than water is insoluble in flammable liquids (except oil and heavy oil); molten molten iron and molten steel; When the high-voltage electrical installation is on fire without good grounding equipment or the current is not cut off;

Foam is a group of bubbles with a small rest volume and a surface surrounded by liquid, which only extinguishes fire caused by combustible liquids and flammable gases. The foams used in China include chemical foams and air mechanical foams (referred to as air foams).

Chemical foam is light, has a certain expansion ratio, strong anti-burning property, good durability, can cover the liquid surface of fire, and has a good covering and cooling effect.

It has the function of covering, cooling and extinguishing fires, and can effectively extinguish flammable and combustible liquids, but it is not suitable to save alcohols, ketones, ethers and other water-soluble liquid and gaseous alkane.

It is suitable for extinguishing fires of electrical equipment, precision instruments, books and archives, and fires of small oils, gases and some substances that cannot be extinguished with water. However, it cannot extinguish fire areas such as metal potassium, sodium, magnesium, aluminum and other hydrides, and it is not easy to extinguish some fires that can burn the original materials in an inert medium and some materials (such as cotton) are flame retardant.

1. Parents and teachers should educate children to develop a good habit of not playing with fire. No unit shall organize minors to fight the fire.

3. Flammable and combustible materials should not be used for interior decoration.

4. Fire hydrants are related to public safety, and should not be damaged, occupied or buried.

6. Do not bring flammable and explosive items into public places and take public transportation.

8. In all cases, keep the evacuation routes clear.

9. Anyone who finds any behavior that endangers public fire safety can report it to the public security fire department or the police officer on duty.

10. Be particularly careful about fires in daily life. Do not place flammable or flammable items near the fire source.

l1. When you find a gas leak, close the valve quickly, open the doors and windows, and do not touch the electrical switches and open flames.

12. Electrical lines are worn out and aging should be repaired and replaced in a timely manner.

13. The circuit fuse (chip) is blown. Do not replace it with copper wire or iron wire.

14. Do not overload electricity.

15. The police call l19 when the fire is found, and the fire brigade does not charge for the fire.

16. Anyone who knows the conditions of the fire site should promptly inform the firefighters of the surrounding people and flammable and explosive materials in the fire field.

17. Evacuate quickly when a fire strikes. Don't be greedy for property.

18. When you must escape through thick smoke, you should try to cover your body with wet clothes, cover your nose and mouth, and close to the ground.

19. If you are on fire, you can roll on the spot or cover the fire extinguishers with heavy clothing.

20. When the fire seals the door and cannot escape, you can use wet bedding and clothing to block the door gap, splash water to cool down, and call for help. 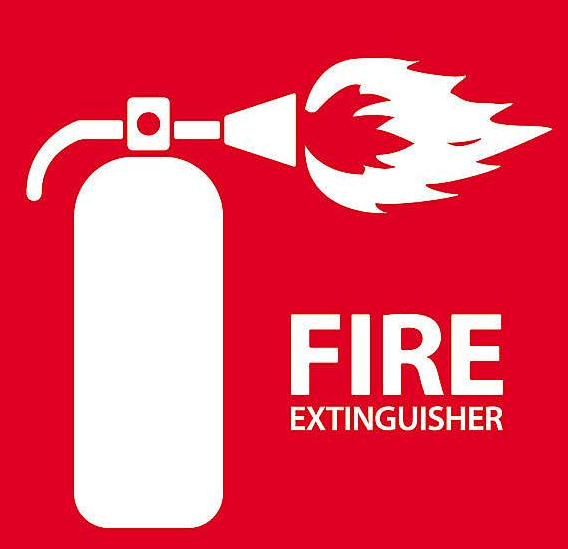 Next: Teach you how to use fire extinguishers correctly